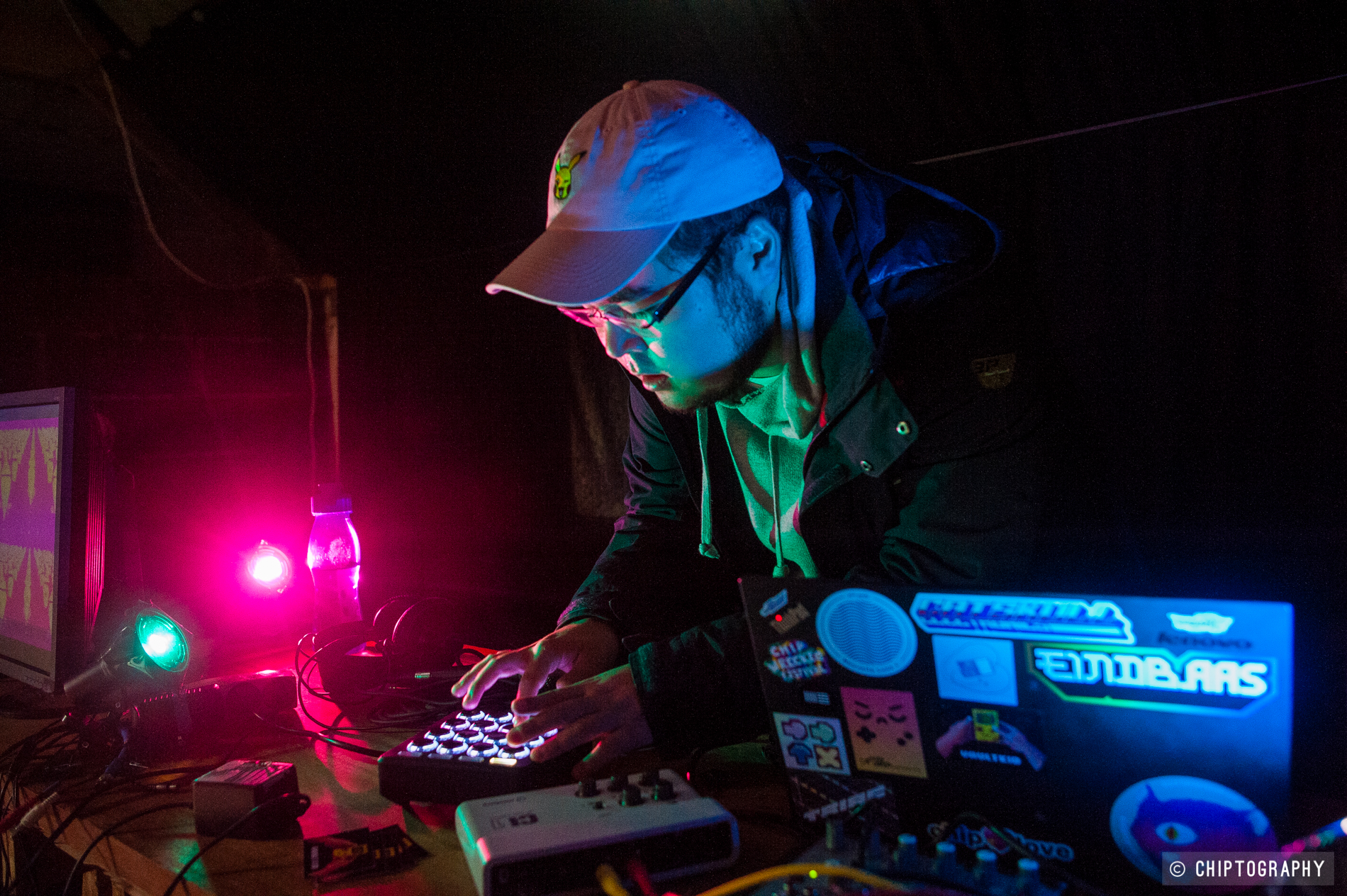 Energetic 8-bit bass music producer Vault Kid made a name for himself in early 2017, when he first started to release music made entirely on Game Boys and became part of the thriving chiptune scene in europe. Since then, Vault Kid adapted modern music production tools and combines them with the bleepy video game sounds of his childhood to deliver uplifting dance music bangers.

He released two albums and countless singles and remixes, one of which was the electro-pop-hymn “Thousand Little Voices” featuring international digital J-Pop idol Hatsune Miku, made for and performed at the HATSUNE MIKU EXPO 2021 Online.

We're still on the lookout for more DJs and live performers to fill 2022's party schedule!

Ideally, we'd like to host an exciting mix of various electronic and non-electronic musical styles. These could include anything from Chiptune, Ambient / Chill, DnB, Goa, Trance to even spiritual Folk music, Rock, 80's pop, Synthwave, Italo Disco or anything inbetween.

If you're interested in doing a set, please get in touch asap!